Ghostbusters with a kick!!

Hollywood gets more and more Creative by the year with their movie remakes. Speaking of Remakes the classic 1984 original “Ghostbusters “ is now on its way to become a Remake.  This remake has a awesome twist, it's an all girl cast!  The cast has been confirmed and these group of Actress/Comedians will leave you with a good workout after laughing so hard. 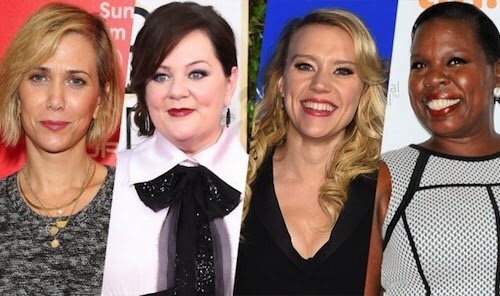 The  movie will not be called “Ghostbuster 3” instead it will be called “Lady Ghostbusters “.  Paul Feig Director of Box office hit “The heat” will be Directing the movie. Paul stated that he love working with funny women and instead making a “Ghostbusters 3” he'd like to do something different which is “Lady Ghostbusters”.  Melissa McCarthy  known from her hilarious role in “Bridesmaid “ will be one of the leading ladies in this film. Her previous roles left us extremely satisfied and waiting for her next movie. Well wait no farther because “Lady Ghostbusters “ is in the works giving us something  to look forward to possibly this summer.