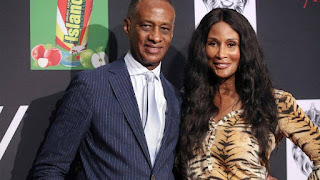 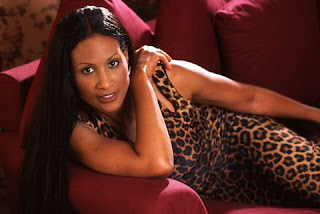 Beverly Johnson vowed to never get married again after her two failed marriages in the past. She married real estate agent, Billy Porter in 1971, and music producer, Danny Sims in 1977. Beverly stated that she never married anyone her age because two ex-husbands were much older than her. 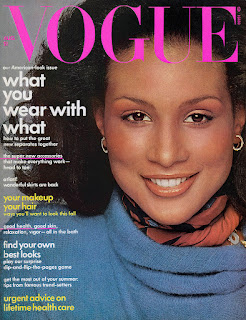 Johnson expressed to People Magazine that this time felt different, they are closer in age and they have an unbreakable bond. She also stated that she wanted a house instead of the traditional Diamond ring. The couple currently resides in Rancho Mirage, CA.
at July 24, 2020 No comments: 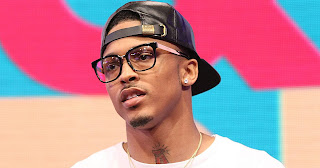 New Orleans Singer August Alsina's name has been buzzing since he opened up about his relationship with Jada Pinkett Smith. The singer has also released an album called “Product III: State of emergency.” He currently has three visuals from his album, the most recent visual is called “Rounds.”

CHECK OUT VIDEO BELOW: 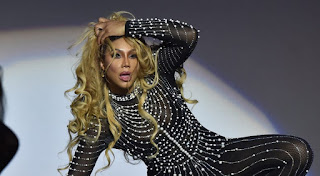 Tamar was rushed to the hospital after Her boyfriend David Adefeso Found her unresponsive. According to David, it appeared to be a suicided attempt. 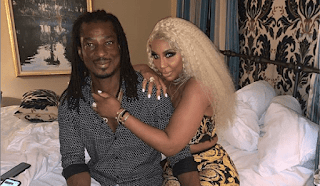 Before the 911 call, Tamar had an excessive amount of alcohol, followed by an extreme amount of prescription pills. She was found at the Los Angeles Ritz Carlton hotel and transported to a hospital in Downtown L.A. 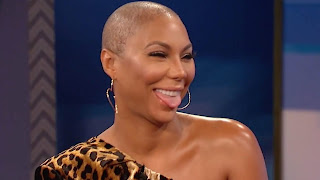 Tamar Braxton is known for her powerhouse vocals and her outspoken personality. Although Braxton’s life has been a rollercoaster ride, dealing with a divorce and parting ways with a Daytime talk show. Tamar always seemed to have it together. This story is still developing, but her friends and family are standing by Tamar’s side.
at July 17, 2020 No comments: 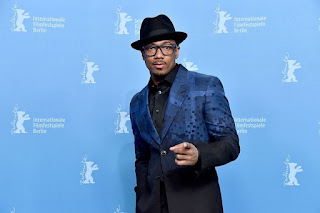 ViacomCBS has recently released a statement announcing that they’ve decided to terminate Nick Cannon. Nick cannon has been apart of the ViacomCbs team for 15-years. But due to Anti-semitic comments, he made on his “Cannon’s Class” podcast. Viacom decided to immediately cancel his classic show "Wild N Out". 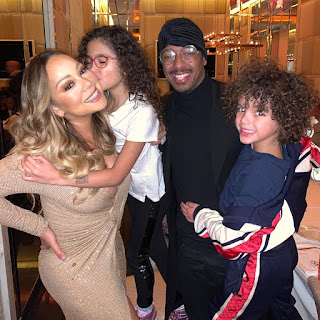 Cannon had a conversation with Former Public Enemy group member Professor Griff, Nick Cannon stated that “It’s never a hate speech, you can’t be anti-Semitic when we are the Semitic people,” Cannon said. “When we are the same people who they want to be. That’s our birthright. We are the true Hebrews.”
After the Podcast was aired, Viacom decided to part ways with Nick. The firing of Nick Cannon became a trending topic. Cannon felt compelled to speak to his fans, he wrote, “No hate in my heart nor malice intentions” and doesn’t condone hate speech. He also said that he holds himself “accountable for this moment” and takes full responsibility for his actions. 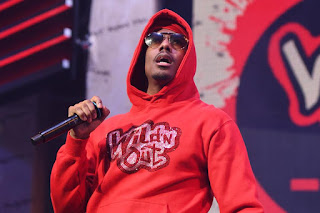 Nick Cannon wants all the ownership of “Wild N Out” as well as an apology. His voice did not go unheard, because Ceo of Revolt P Diddy, reach out to Nick cannon stating that he should bring “Wild N Out” to his Revolt “Black Owned” platform.
at July 15, 2020 1 comment:

Inspiring Haitian rapper, attempted to attack Superstar Rapper/Actor 50cent for a second time. The fan name has not yet been revealed.

Over a year ago, the fanatic waited for 50cent to leave a restaurant and proceeded to ask 50cent to check out his mixtape. 50 politely declined and explained that he was on a date. The guy became aggressive and was escorted away by security.

Recently, the same struggling rapper was again spotted outside a restaurant where 50cent was dining in Jersey. The guy’s intentions weren’t good. He started to cause a scene, which resulted in the 45-year-old rapper launching a table at the guy. It is believed that this particular guy has been stalking 50 after the first incident.

CHECK OUT LINKS BELOW: 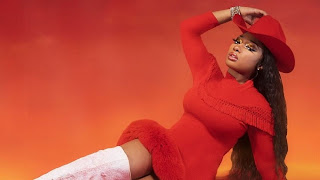 Meg Thee Stallion’s Hot girls are speculating that the lead Hot girl, has recently gotten a nose job. Megan has always been Pro natural bodies, so it took her fans by surprise when her nose looked slightly thinner in her most recent Instagram post. 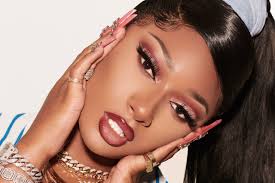 Meg is known for representing the thick woman with no surgery of any kind. Women often contour well to make their nose look slightly thinner.
Are the fans over exasperating? Or did Megan go under the knife?
at July 11, 2020 No comments: 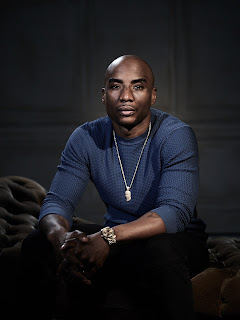 Radio personality Charlamange Tha God recently inked a deal with Comedy central. Charlamange is known for his outspoken personality, and being a one-third member of the popular radio show The Breakfast Club. Over the years, Charlemange has made a name for himself. 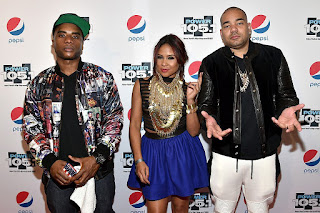 He is a two time New York Times Bestseller, and this is not the first time he has landed his show. For those who do not know, Charlamange had a Late night show on Mtv 2 called “Uncommon Sense.” 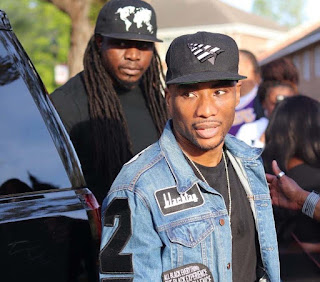 The show lasted for two seasons and was immediately dropped without an explanation. Charlamange has not renewed his contract with The Breakfast Club, and his new Talk Show is rumored to air in November.
at July 08, 2020 No comments: 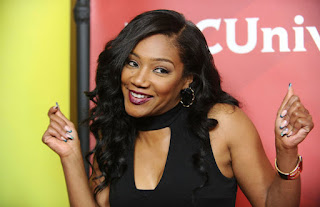 Some women cut their hair so it can be grown properly. But
Comedian/Actress Tiffany Haddish had different reasons. This past Tuesday, Tiffany Haddish decided to cut her hair on her Instagram live. 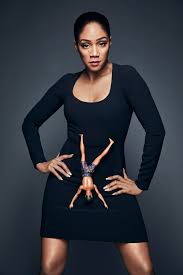 Haddish 40, stated that she decided to do the big chop because she wanted to see her scalp for the first time. Before the shave, Tiffany sported her hair in beautiful Faux Locs. 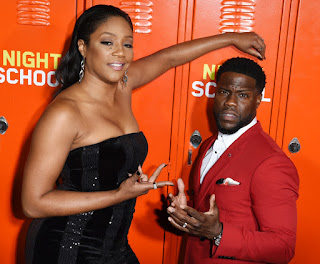 Fans began to speculate that Haddish was going through one of those “celebrity meltdowns.” Tiffany immediately addressed the rumors, letting her fans know, she’s fine. She stated that she’s been wanting to cut her hair for years, and she felt that this was a perfect time.
CHECK OUT LINK BELOW:
at July 08, 2020 No comments: 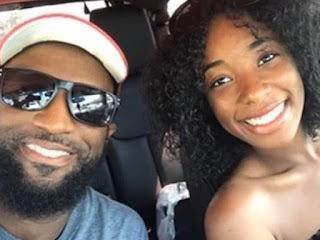 Comedian and Radio Personality Rickey Smiley revealed that his daughter Aaryn 19, was shot in Houston Texas, Sunday night. She was an innocent bystander, in a two-person shootout. Rickey 51, explained that his daughter was on her way to “Whataburger” when the incident occurred. 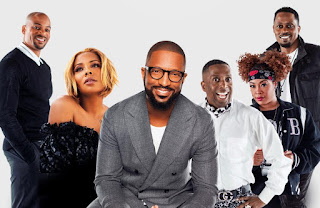 Aaryn was shot three times, and she had to undergo surgery. Rickey spoke on his frustrations with gun violence, on his Morning show. He stated that his daughter was not involved with any gang-related activities. She is currently in college at Baylor University. 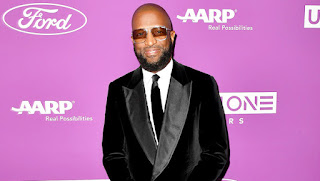 Smiley later confirmed on his Instagram, that his daughter's surgery went well, and he's thankful for all the support from his fans. 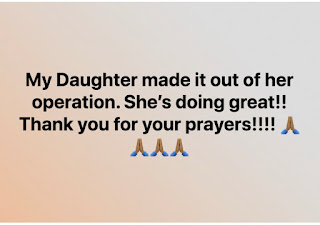 For more, Check out the link below: