Donnie Wahlberg Is The Real MVP.... 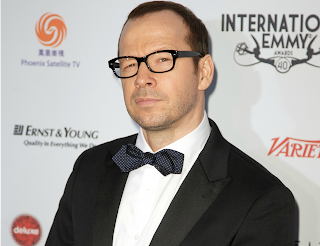 Actor Donnie Wahlberg  also known for being a member of the 80's group "New Kids On The Block," was spotted Wednesday night dining at a Waffle House in Charlotte. The actor was extremely satisfied with his service because he left the waitress a 2,000 dollar tip. Wahlberg ordered Steak,Eggs,bacon and Grits, his tab was only 82 dollars and 60 cents. 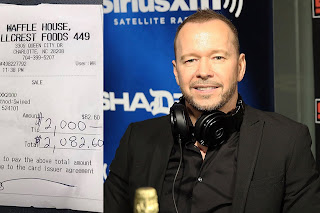 The actor later posted on his Facebook, stating that his parents were Servers for years so he understood the hard work. He stated that If he walks into a Restaurant and the staff treats him like a King, he will definitely tip them like Queens. He also gave the staff VIP tickets to his upcoming show.