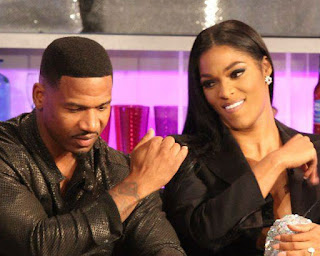 The Love and Hiphop reality stars seem to have been very rocky lately. If you've tuned into the show then it is evident that Joseline Hernandez and Stevie J have not been together. Stevie J went as far as asking the mother of his child to stay with her because he had nowhere to go.

Recently on Instagram, the two have been going back and forth giving us all the tea on their relationship. Publicity stunt? Maybe, you never know with these two. Stevie J recently posted an eye opening video on Instagram stating that the two are not and never were married. We all knew they weren't married because they could never get the date of their marriage right. 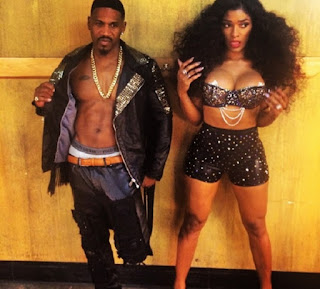 Did you guys know that Joseline already stated that their marriage was fake in 2015? Stevie J is not stating anything new. The feud continues on their Instagram as Joseline states that she have some life changing information about Stevie that she's threatening to leak, how messy. 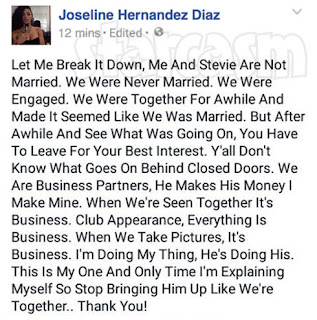 Here is the message that Stevie J recently released:
Message from Stevie