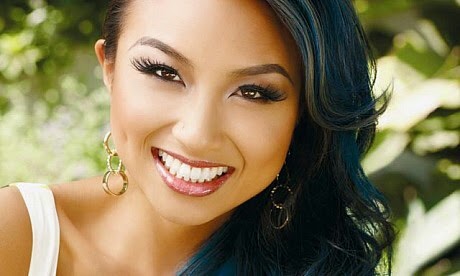 Jeannie Mai revealed her worst fear on the hit talk show "The Real." She stated that she works so hard because her worst fear is not being able to provide for her family. She states how her father was laid off from his job when she was young and she vividly remembered the day her father was at the her school asking her principle for a employment as a Janitor. He was ashamed so he asked her to work nights because he did not want his kids to know he worked there.

"The Real" Host Jeannie Mai gets emotional as she reminisce on the times her father brought home food and he would never eat, he would always tell them that he has already had lunch at work. She reveals that one night she saw her father digging in the trash and eating her and her siblings leftover food. She states that she suffers from anxiety when it comes to living in poverty and she don't want to ever relive that lifestyle.

One of the other host Lonnie Love stated that Jeannie Mai should be proud that her father made sacrifices for his children, that her father is a stand of man. 36 year old Jeannie Mai is highly successful, but it's always a good thing to  release insecurities and fears and she did it best on her talk show.

Check out link before to see Jeannie Mai Speak about her fear: