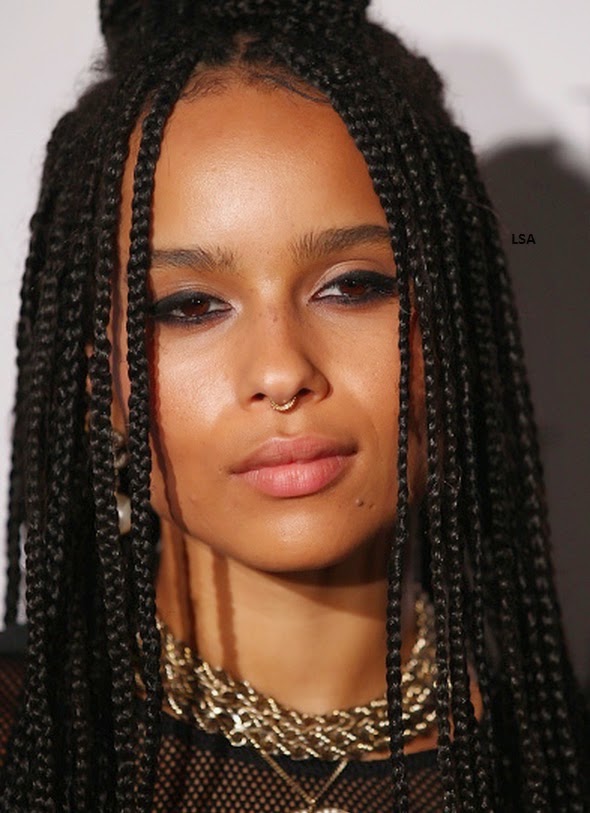 Actress Zoë Kravitz, daughter of rockstar legend Lenny Kravitz and gorgeous actress Lisa Bonet, Lisa is known best from her role as Denise on "The Cosby Show" and "A Different World." Zoë appeared to have it all, beauty, poise, talent and a lifestyle that everyone wish for. But what we did not realize is that Zoë Kravitz was battling with a disease that most teenagers/young adults battled with.

She suffered from Bulimia Nervosa which is a disease that give you the illusion that you are over weight causing you to Purge the food that you consume. Between the ages of 16,17 and 18 were one of the hardest periods of her life, she explained she suffered from both Anorexia and bulimia. The illness was a constant  struggle up until 24 years of age.

Once Zoë Kravitz recovered she took on a role in 2013 as a young lady battling anorexia, causing her recovery to be short lived. She stated that she felt as though she was not small enough for the role in the film called "The road within." She eventually recovered completely and now she speaking out about her flaws and hopes to help teens that battle with the same disease.
at April 03, 2015