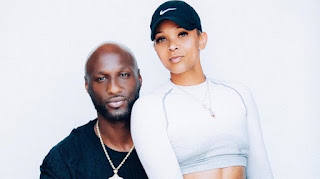 After being engaged for only a few months, Sabrina Parr has decided to part ways with Lamar Odom. Recently, Parr took to social media to announce her separation from Lamar Odom.

"Y'all know I'm honest and transparent so I have to be the first to let you guys know that I am no longer engaged to Lamar," Sabrina Parr posted Wednesday night on IG.

"This has been a difficult decision for me to make but it is the best for myself and my children. "Here's the troubling part ...

"Lamar has some things that he alone needs to work through," Parr said.

"I love him dearly but I am no longer able to be by his side while he seeks the help he so desperately needs." 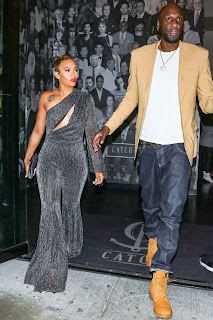 Sabrina did not go into details regarding Odom’s struggle. But, it is public knowledge that Lamar suffered from drug abuse. In 2015, Odom was hospitalized for a drug overdose. He was married to Khloe Kardashian, and due to his excessive drug use, their marriage ended immediately.

When Sabrina came along, the couple dated three months before becoming engaged. Lamar proposed to Sabrina at a dinner party hosted by Reality Star Nene Leakes. To many, Sabrina seemed like a lifesaver for Lamar. His old ways allegedly resurfaced, causing him and Sabrina to end their relationship. She wishes him the best and hopes he seeks help.