Bianca Bonnie and MariahLynn are known for having an on and off again beef. Recently the two had an intense back and forth on Instagram airing out each other's dirty laundry. Mariahlynn was caught shooting her shot at Bianca’s newly Baby’s father Chozus . Bianca’s baby father posted receipts of Mariahlynn sliding into his DM’s. 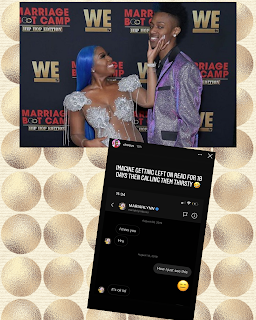 Love and Hip Hop fans are in a frenzy because on screen, the two appeared to be close friends. Not only has Mariahlynn tried to get with Chozus, but Bianca also stated that she’s been with a lot of men that are mutual friends. The “once upon of a time I was a H**” rapper appears to still be in the same boat. According to Bianca, Mariahlynn has been allegedly passed around.

Bianca took the beef that she has with Mariah to the booth and posted a lengthy freestyle about Mariahlynn and he alleged sex partners.

Check Out the links below for more:

Check out the posts below: 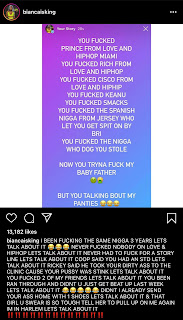