No More X-Men for Jennifer Lawrence 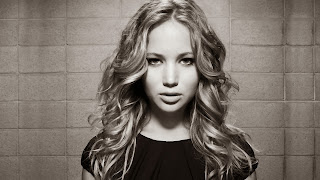 Jennifer Lawrence was spotted on the red carpet for her new film "Serena." Jennifer Lawerence is most known for her amazing performance in "The Hunger Games." Her X-Men character name is Mystique in both "First Class" and "Days of future past." She's finally calling it quits after 2016 film "Apocalypse. Jennifer stated that Apocalypse will be her last film as Mystique, ending any farther questions abruptly.

Recently the cast was renewed adding Cyclops  (Tye Sherdan), Storm (Alexandra Shipp) and Jean Grey (Sophie Turner). Could this be the end for X-Men all together?
From the sound of Apocalypse it seems as though it may be a sad ending for all the characters.

The X-Men films are based on the Marvel Characters Superhero team of the same name. X-Men turn into a motion picture in 1994 , maintaining extremely relevant to those who love supernatural films. The year of 2000 the first X-Men was released followed by the sequel "X2" in 2003, the third was release in 2006 called "X-Men Last Stand."

Every film that was released in exceeding higher box office sales then the previous movie. As a result, several spin off films we're release. These films consist of X-Men origins wolverine, X-Men: Days of future past. The Apocalypse is schedule to be released in 2016. Who knows this May be the end for X-Men all together, but I guess we must wait and see.
at March 24, 2015