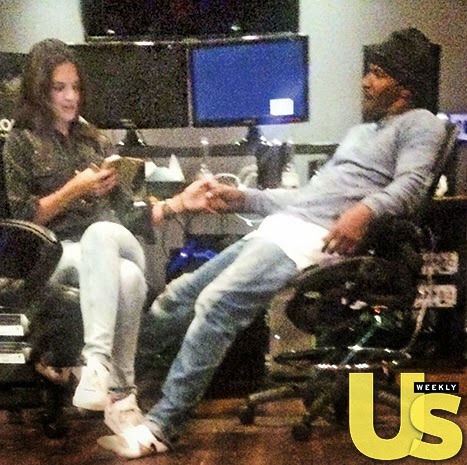 Summer of 2013 is where it all started, Jamie Foxx and Katie Holmes had an amazing connection at a Benefit event in The Hamptons. What started off as a spontaneous no strings attached type of the thing turned a little serious and has been on going for about two years. Insider, Friend of Katie Holmes stated that Katie Holmes is getting everything from Jamie she haven’t from Tom.  With that being said is it true that they are dating or just good friends? Well the cat will be out the bag eventually it’s been trapped for three years.
at March 20, 2015